While writing about his travels to every country in the world, Albert Podell used PickFu to select a book title and cover, finding the variations that performed up to three times better than other options.

A life of wanderlust

Podell is the first American to visit every country in the world — and it only took him 50 years.

For his latest book, Podell turned to PickFu to concept-test a number of variations of book titles and covers.

“I found PickFu so well organized and so easy to use that it made the task of polling almost pleasant.” – Albert Podell

Podell considered the following titles, each with the same subtitle:

Podell decided to use a polling system in which the order options are presented is randomized. This ensured a more accurate result and verified that respondents were not just selecting the first option. He ran the following polls, each of which is followed by some of the comments received.

1. Around The World in 50 Years vs Between A Croc And A Hard Place

3. Around The World in 50 Years vs. To Every Last Land

Podell carefully analyzed his PickFu polls to view the demographic breakdown of the poll respondents, allowing him to see specifically how his target audience (males, ages 18–35) responded. With the help of PickFu’s polls, Podell and his publisher chose the title Around The World In 50 Years.

“I like the speed with which PickFu got me replies, and I like the demographic breakdown which told me who was picking which one of the choices.” – Albert Podell 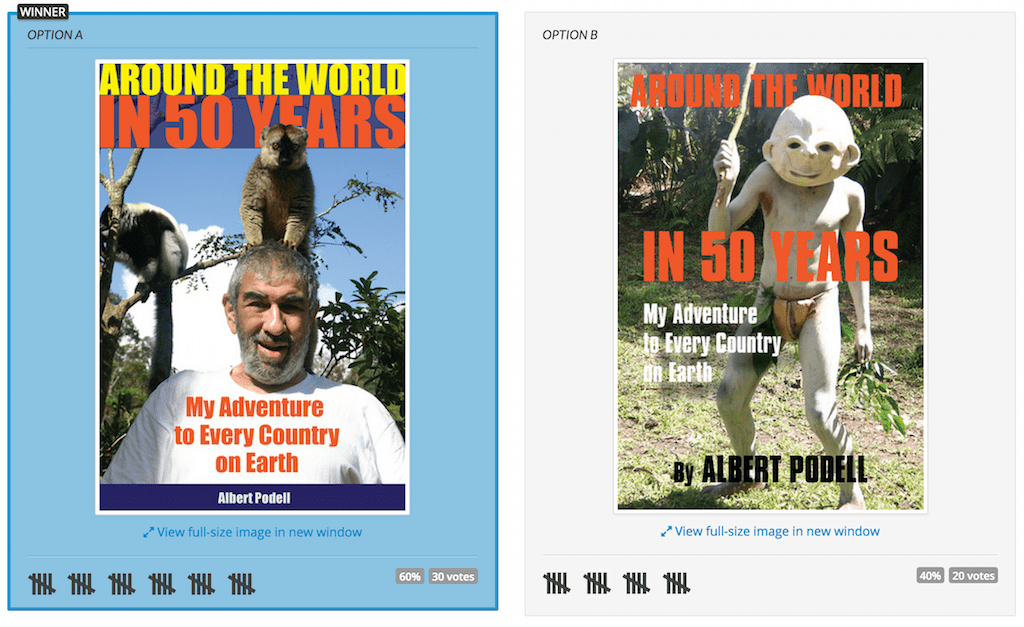 In this case, the version with a lemur on his head was the preferred option, with choice comments like, “Not only is the photo of the guy with the monkey on his head engaging and humorous, which would certainly get my attention, but the other photo is a little creepy looking and would definitely creep me out and put me off!”

For his second cover poll, Podell compared an abstract cover to a collage of travel photos: 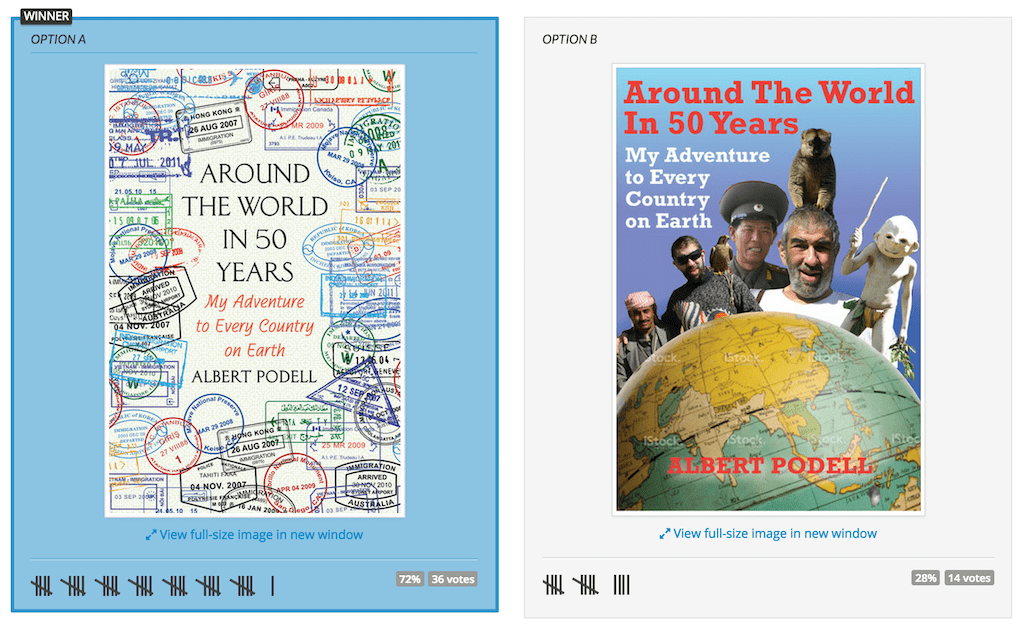 The abstract (publisher-preferred) version won handily, 72% to 28%, with respondents commenting:

The final cover poll compared the winner of the second poll with a hybrid version that included photos of people Podell had met through his travels: 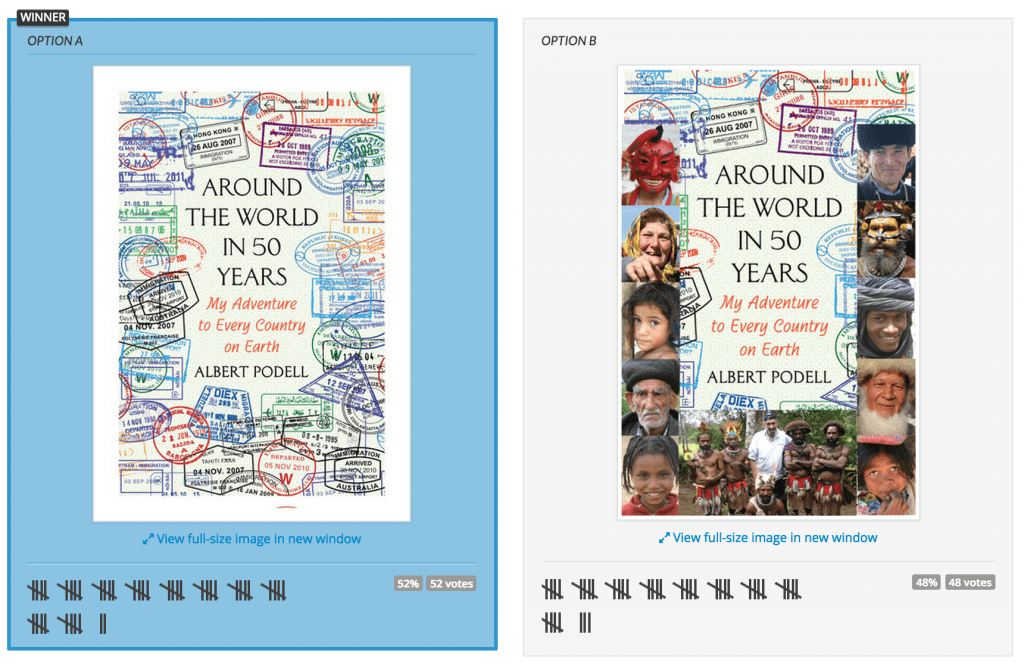 While the results were much closer this time, the original version with the passport stamps won the most votes, 52% to 48%. Respondents explained that they felt the design was more professional:

Ultimately, Podell and his publisher selected the title and cover that received the most votes from PickFu’s respondents.

Sign up for PickFu today and start getting answers to your own questions! 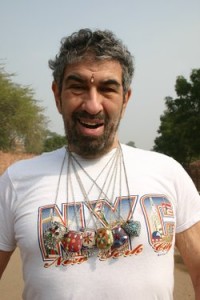 Around The World in 50 Years launched this spring, debuting on the New York Times and Amazon bestsellers lists, receiving rave reviews, and garnering press from publications like National Geographic.