Join PickFu in a live discussion about ranked-choice voting. This virtual town hall will take place on Facebook Live and YouTube Live on Wednesday, March 25, 2020, beginning at 11 AM Pacific Time.

What is ranked-choice voting (RCV)?

With ranked-choice voting, voters have the option to rank candidates in order of choice.

When used to elect a single candidate like a mayor or a governor, RCV helps elect a candidate that better reflects the majority of voters.

How is ranked-choice voting used at PickFu?

When polls offer more than three options, PickFu users can choose a Ranked poll or a Head-to-head poll. In a Ranked poll, respondents see all the options at once and rank them in order of their preference (first choice, second choice, third choice, etc). PickFu then aggregates their votes to name an overall winner.

For example, in this poll, a seller wants to know which color picnic basket would be more popular. The seller asked 50 women to rank four color options.

PickFu requires a majority of votes to win. If no option receives a majority of first-place votes, the option with the fewest votes is eliminated. The votes for the eliminated options are then reassigned based on the respondents’ next preferences.

In the first round of voting, Option A led with 17 votes. However, 17 votes is not a majority.

Option B had the fewest votes with only 9.

In this round, Option B was eliminated from contention. So the 9 votes that it earned were reassigned based on respondents’ second-choice votes.

With Option B eliminated, Option D now has the most votes with 19. However, 19 is still not a majority, requiring another round of voting.

Option A now has the fewest number of votes with 13.

With Option A eliminated, its 13 votes were reassigned based on respondents’ next-choice preferences.

27 votes constitute a majority in this 50-vote poll, making Option D the winner.

Ranked-choice voting does not only apply to business ideas, like this picnic basket color. It can also apply to elected office.

In RCV elections, candidates compete for second-choice votes from their opponents’ supporters. This lessens the incentive to resort to mudslinging and personal attacks. Campaign civility is increased, resulting in greater voter satisfaction with the elections.

Many local offices require two rounds of elections, either through a preliminary election to winnow the field or a general election followed by a run-off.

In either case, the second election takes place on a day other than the general Election Day, resulting in weak and unrepresentative turnout. Ranked-choice voting brings the benefit of two rounds of voting into a single, more representative, and higher-turnout election. 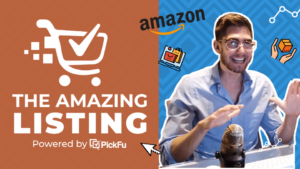 The Amazing Listing, powered by PickFu

In a first-of-its-kind competition, four agencies have been challenged to reinvent an Amazon listing — to be judged on the creativity and execution of the listing’s visual language and its … 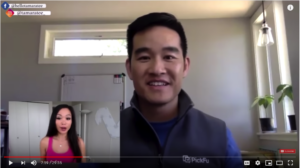 Meet the interviewer After spending years working jobs she hated, Tamara Tee became a Fulfilled By Amazon (Amazon FBA) seller. She wants other people to experience the freedom of working … 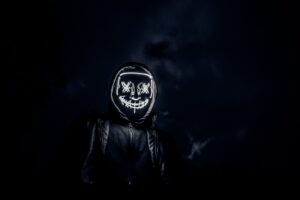 Report: Toxicity in gaming and the need for better moderation

Online gaming isn’t all fun and games. On the contrary, toxic behavior among gamers is widespread — almost to the point of being accepted as the norm — with 70 …