There’s only one speed in the Snapchat cooking game Ready Chef Go!: fast. Players have to move quickly in the virtual kitchen if they want to sauté their way to victory.

The same could be said of Mojiworks, maker of Ready Chef Go!. As one of only a handful of third-party developers on Snap Games, Mojiworks is intimately familiar with the nonstop pace and ever-changing demands of the social app and gaming landscape.

Fast development, constant iteration, and frequent updates are the norm. To keep up, Mojiworks asks Snapchatters directly for feedback inside the platform. To get ahead, it turns to PickFu.

Ready Chef Go! launched on Snapchat in December 2019. Since then, it has gained more than 65 million players and a plethora of valuable opinions.

Feedback from the player community has been crucial to the evolution of Ready Chef Go!. A/B testing via Snapchat has helped Mojiworks understand which icons and tiles players prefer as it cycles through updates and develops seasonal content.

Still, it’s a lengthy process to run A/B tests and manually review results. And while the data shows players’ preferences, it leaves a sizable gap, namely, the reasons why players like or dislike certain features.

Without that explicit feedback, Mojiworks had to guess why players like or dislike certain ideas or visuals and try and tailor the game accordingly.

“It’s the fastest and most useful way we’ve found to test icons and tiles outside of Snapchat,” said Jen Bolton, vice president of player insights at Mojiworks.

“The Head-to-head style poll gives us precisely the kind of comparative feedback we’re looking for, and the respondent’s comments are detailed and clear,” she added.

Creating the polls and uploading the visuals for its seasonal content was quick and easy. Within a few hours, Mojiworks had not only quantitative but qualitative results: respondents’ votes along with written insights into why they favored one option over another.

It was all the Mojiworks team needed to confidently — and quickly — tailor the assets for new Ready Chef Go! content in line with players’ tastes. And it’s working: players have staffed more restaurants in the game than exist in the entire world.

For its latest game Trivia Party, released in September 2021, Mojiworks tested icons and visual assets with a target audience of 18-to-24-year-olds to understand which ones best communicate the key messages of a global, creative, and social game.

“This poll was a fun one to do! Ultimately the results suggested that the icon we’re currently using for the game is strong. These results were great to see because they show that the game meets player expectations,” said Jen.

The quality feedback and quick turnaround time that PickFu provides make it an invaluable part of Mojiworks’ testing process as it develops new games and refines current titles.

“PickFu has made a significant difference to the confidence we have in the marketing assets we’re putting out there. The speed of testing it brings has saved our team time, which is vitally important when you’re iterating as fast as we do,” said Jen. 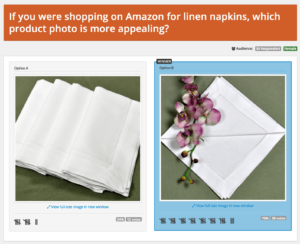 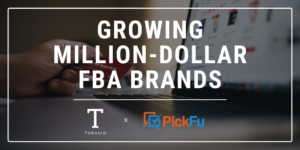