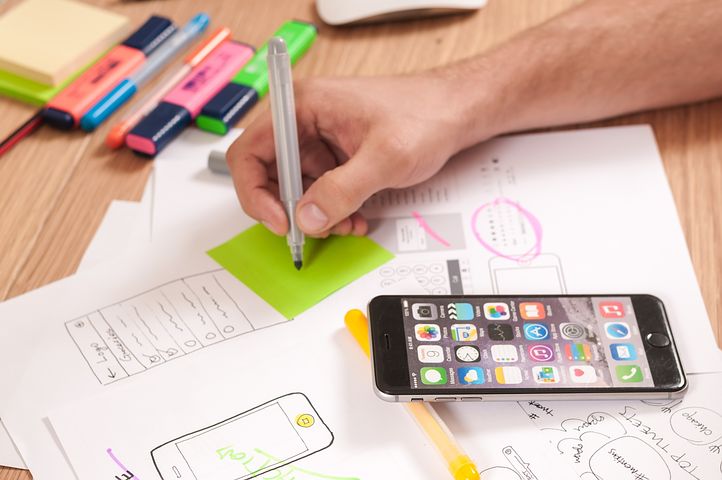 If you’ve decided to step into the app developing game, congratulations! You’ve just started a business. And like any other business, you’ll have to find backers or buyers to sell app ideas to.

Maybe you’ve got a brilliant app planned and you want to sell it to someone else to produce. Or maybe you want to dive into the process yourself and see where the journey leads. Either way, you’ll have to:

This guide on how to sell app ideas will tell you everything you need to know about selling your app idea to financial backers or potential idea buyers.

Is your app idea too good to sell to another developer? If you have a gut feeling that your app will go places and net you big profits, it’s time to get to work.

Just as with any business, you can look for financial backers in all sorts of places. There’s no one right source, but each has its own strengths and limitations.

Unless your parents are millionaires, you probably won’t raise all the money you need from your friends and family. But you can probably raise a couple thousand dollars — enough to gather critical data before you begin serious production on your app.

Funds from friends and family can help you:

Don’t think that just because your first backers are friends and family that you won’t have to give them a return on their investment. You should bring them on formally as investors who receive their funds back plus a percentage of your profits.

And if they’re really into your idea, offer them roles as advisors. This gives them the opportunity to journey through the app development process with you.

Unlike investors who don’t personally know you, friends and family are more likely to weather highs and lows with you without losing faith in your app.

Make sure you draw up a mobile app business plan that shares:

The last thing you want is ruined relationships as a result of poor planning and spending. Making sure everything is clear, fair, and transparent to your friends and family investors will help ensure the success of your app.

On a platform like Kickstarter, you’ll offer financial backers a selection of rewards based on their contribution.

This reward could be anything from a free download of your app once it’s live to discounts on in-app purchases (such as a free or discounted first ride with an Uber-style app).

For more ideas on what rewards to offer for app development projects, look here.

Other popular crowdfunding sites for your app include Patreon and Crowdfunder.

Angel investors are wealthy business people who invest money or equity into small businesses and startups. In exchange for their funding, they expect a high return on their investment — often 20-40%.

You have to have an irresistible pitch and a foolproof business plan in order to secure angel investment. But the possibilities for growth are huge.

Apple, Starbucks, and Amazon all got their start from angel investors, and look at them now.

Luckily for app developers, angel investors are especially excited about startups in the internet, mobile and telecom, and electronics industries.

Start your search for an angel at the Angel Capital Association or AngelList.

If you believe in the potential of your app idea and don’t have loaded friends and family — or you’re have had a hard time getting angel investors interested — getting a loan might be the route to go.

The obvious downside is that with a loan like this, you don’t get a potential business advisor. But you’ll still have to prove your idea to whatever entity is loaning you money.

To secure venture capital for your app, you need an airtight understanding of your app’s place in the world. Venture capitalists invest big money into apps, and they expect big returns.

You don’t want to pitch just any old venture capitalist, though. Look for those that specifically have experience and in investing in apps.

Back in 2016, app marketing agency Sensor Tower ranked the top 20 venture capital firms according to the number of apps invested in and the of downloads each app got. See the full list here.

While it’s now 2020, checking the list can be a good place to start your search for VCs to pitch. A recent Sensor Tower study found that mobile app spending grew 17% in 2019 and will only keep growing.

It’s a good time to be an app developer — and a venture capitalist investing in apps.

Sell app ideas for someone else to develop

If the whole app development process sounds like too much, but you really love your idea and want to profit from it, don’t worry. There’s someone out there who has the skill and resources to do it instead.

What you need to do is make sure you patent your app idea and work out a deal with the buyers that allows you to get a cut of future profits.

You can sell your app idea to:

Just as with selling your app idea to get financial backing, you need to keep a few things in mind.

The three most important qualities to sell app ideas

You’ve probably sensed by now that whether you sell your idea for financial backing or for others to develop, you need to know your app inside and out.

Here are the three essential components of a sellable app idea:

This is where PickFu can help you succeed in selling app ideas to anyone and for any purpose.

Using PickFu to validate an idea

In order to make sure your concept is unique, original, and useful, you’ll need to validate your idea to an unbiased audience.

PickFu makes this easy for you to do. If you have an idea for an app, you can run an open-ended poll asking respondents if they think the app would be useful.

Respondents provide a rating on the idea out of five stars, as well as a comment explaining their rating.

Take this mobile app developer who recently created just such a poll on PickFu.

Before you even read the comments, you get the sense that the audience liked the app idea because it has an overall rating of 4.1 stars out of 5.

The comments are where the gold is to sell app ideas

One male respondent expressed concern about how to make the app work for each person on an individual level, saying, “I think [the app] would be very useful to help inspire people that have issues However, I think it would have issues with individual management of this app, and there would be issues to work out as a result.”

A female respondent helped sharpen the mobile app developer’s idea by saying, “A gamified app would likely be very helpful because there is something else to focus on besides just the problem. When dealing with depression and anxiety, sometimes normal tasks can feel ‘impossible’ and the person procrastinates, to their own detriment. So an app that could give a different incentive for doing something could really be helpful.”

It’s possible that the developer hadn’t even gotten as far as deciding whether the app would be in a game format or not, but this comment provides that extra nudge toward a clearer, more unique app idea.

Those who rated the app idea with one star or two stars expressed concern at making serious mental health issues into a game.

When you validate your app idea on PickFu, you’ll always get detailed feedback on why the app will or won’t interest consumers.

You can then refine the idea and come back with another poll until you get resounding interest.

Collecting data about your target audience

Once you’ve got an irresistible idea, find out who needs it the most and start testing.

Does your app help moms connect with other moms in the area who have similar interests? See what actual moms think about this by targeting women with one or more kids in a PickFu poll.

Does your app create mini wine-destination vacations for couples to take on long weekends? With PickFu, you can test your app ideas and features to an audience of couples who love wine.

If your app idea is a game, PickFu has you covered with options to target iOS and Android users, mobile gamers, and App Store spenders.

And once you’ve tested with your target audience, you can incorporate the data you’ve collected into the pitches you create for potential backers. You’ll be able to prove to them that your target audience is crazy about your idea. You’ll have refined your idea to its most valuable form.

After you’ve got your app idea and target audience figured out, it’s time to create a prototype. Financial backers and potential buyers alike are going to want to see a viable version of your app.

But before you send it to them, test it to your target audience on PickFu, like this developer did.

This app developer tested with a target audience of people who were single and had never married, and Option B was the clear winner.

In the comments, most respondents expressed appreciation for Option B’s pop of color. Otherwise, the two prototypes are identical. You never know how much difference a color could make until you ask an audience.

By creating a prototype and testing it on PickFu, you can gather insights and data on which user interface works best, which app icon attracts the eye, and how appealing your App Store screenshots are to represent your product.

Once your prototype is target audience-approved, you’ll feel confident when you present the idea to investors.

PickFu is a proven tool to help sell app ideas

PickFu is such a powerful tool for mobile app developers looking to secure financial backing that half of the top-grossing iOS strategy games use PickFu.

Here’s what app developers have to say about PickFu:

The best thing? Using PickFu to create all the polls you need in order to succeed in selling your app idea won’t blow your startup capital.

Use PickFu’s pricing calculator to figure out how much your poll would cost, and to one of our plans for additional savings. Create your first poll and get results back in as little as 15 minutes. You’ll be on the road to sell app s in no time.